What’s the Difference Between Biltong and Jerky? 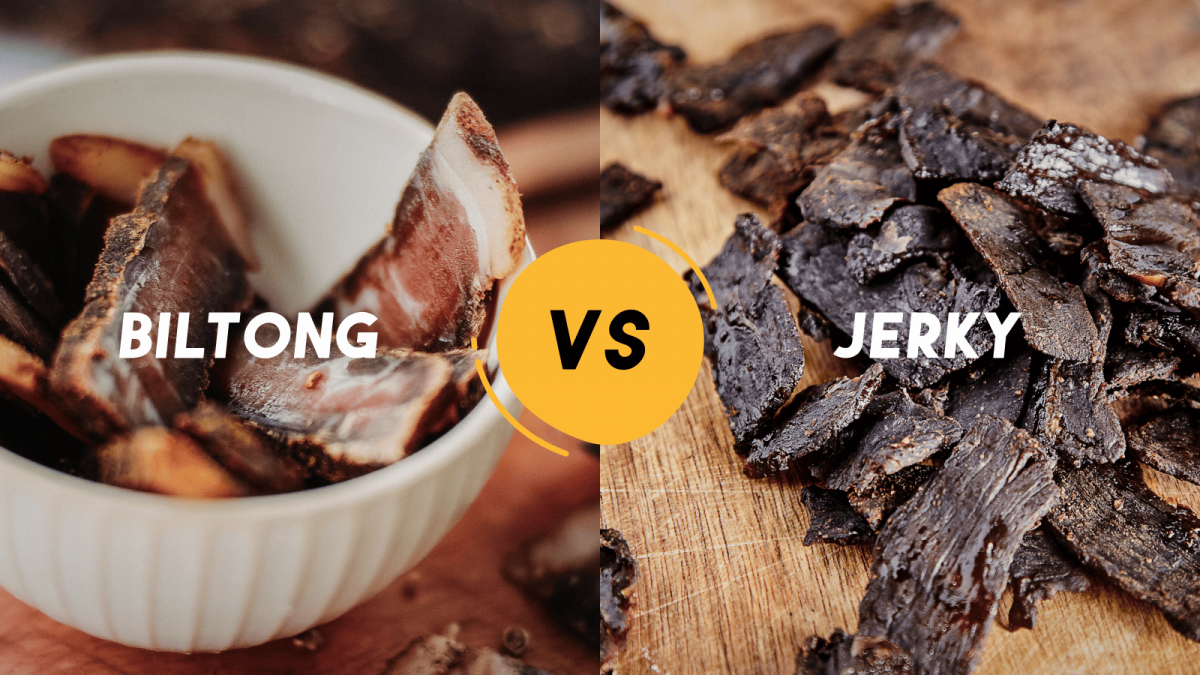 South Africa’s favourite dried beef snack, biltong, is a part of our shared culture. It’s a signature staple that connects South Africans in the country, living abroad, or those with family in Europe. We hold biltong dearly in our hearts and believe it to be a far better dried beef snack than jerky! But what do we actually know about jerky? What’s the difference between biltong and jerky? For starters, biltong originates from South Africa while jerky originates from the United States. But, the difference between biltong and jerky is far more fascinating than that fact alone. Let’s take a look at what separates South Africa’s brilliant biltong from America’s jerky.

Before you read on: you can buy biltong in Europe from SA Food Store!

Biltong and Jerky Differences, in a Nutshell

How Biltong and Jerky Differ From One Another

The flavour, texture, and production processes of biltong and jerky differ. Below, we explore the main differences between the two in more detail.

While the flavour of food is subjective, there are distinct differences between the tastes of biltong and jerky. Plain biltong is typically savoury and the meat flavour is prominent. Jerky often contains traces of sugar, giving it a slightly sweeter taste. Jerky is also smoked, leaving a lingering smokiness on the palate. Biltong can come in a variety of flavours depending on the type of spice used after the meat is dried. Some biltong is doused in barbecue seasoning, chilli spices, or a fruit chutney mixture. Therefore, there are a variety of biltong flavours to suit all sorts of individuals.

Texture: is biltong easier to eat than jerky?

The texture of biltong depends on the type of biltong made and variations in the air-drying process. Biltong slices can be lean and wet or firm and dry. Dry wors, a type of biltong, can be dense and fatty or light and airy. Snapsticks are a type of biltong that is hard to the touch and chewy when bitten into. The texture of jerky differs from biltong in the sense that it is predominantly steak-like and very chewy. Therefore, certain types of biltong are far easier to eat than jerky.

Production process: the difference in how biltong and jerky are made

Biltong is air-dried chunks of marinated meat that are then sliced to suit an individual's preferred type of biltong to consume. Jerky, on the other hand, is precut, marinated, and then slow-cooked with smoke. The difference in production means that biltong consumers can choose their favourite type of biltong when buying, whereas jerky consumers have to purchase what is pre-packaged and available at the store.

Ingredients: is biltong healthier than jerky?

Vinegar is typically used when making biltong while sugar plays a role in the production of jerky. Furthermore, biltong is often prepared plain and then spiced whereas jerky is pre-spiced. Therefore, the ingredients in biltong are simple while jerky is more complex. The result is that biltong is a healthier alternative for those that want a sugar-free snack.

There are also nutritional differences between biltong and jerky. Below, we provide a biltong vs jerky nutrition comparison chart to help you make your choice between the two.

The actual nutritional value of biltong will differ depending on the type of biltong that you buy. Some biltong is fattier while other biltong is free of sodium-rich spices. Be sure to browse the product packaging or contact your retailer if you would like to know more nutritional information about your chosen product.

How to Choose and Buy the Best Biltong 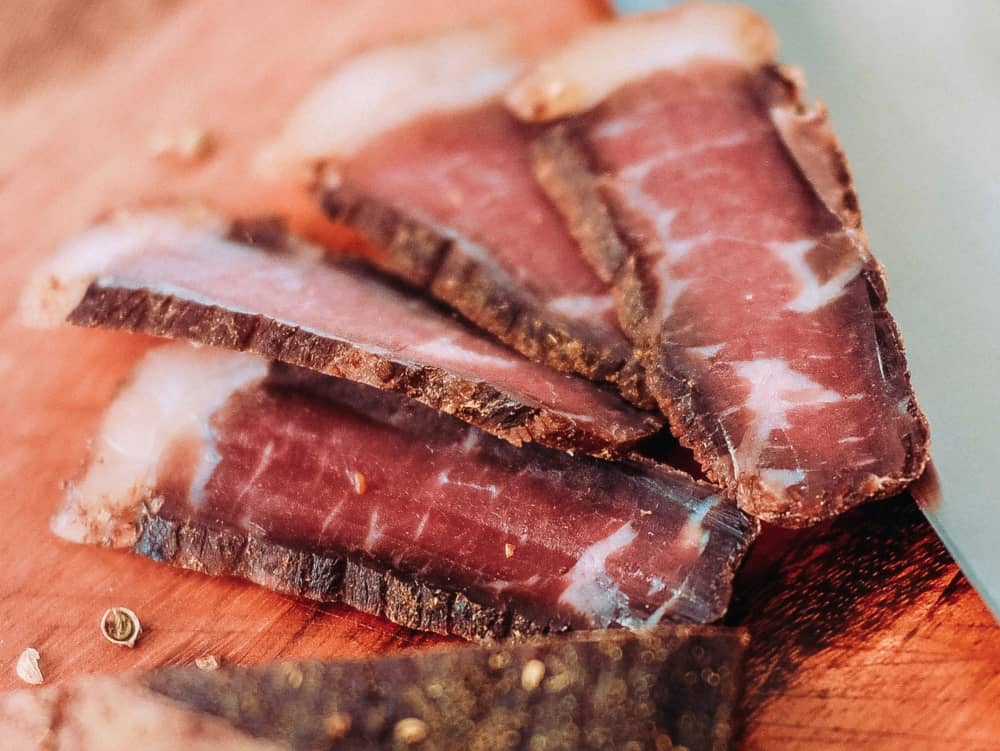 In Europe, buying biltong is far more difficult than in South Africa. Fortunately, SA Food Store stocks a selection of Runders finest biltong and delivers the South African snack to expats living in Belgium, Netherlands, Ireland, France, Portugal, and all major countries in the EU. You can choose from biltong slices, dry wors, and chilli snapsticks, or request your favourite type of biltong today. Our biltong is priced just right to satisfy your cravings for South Africa’s signature dried meat snack! 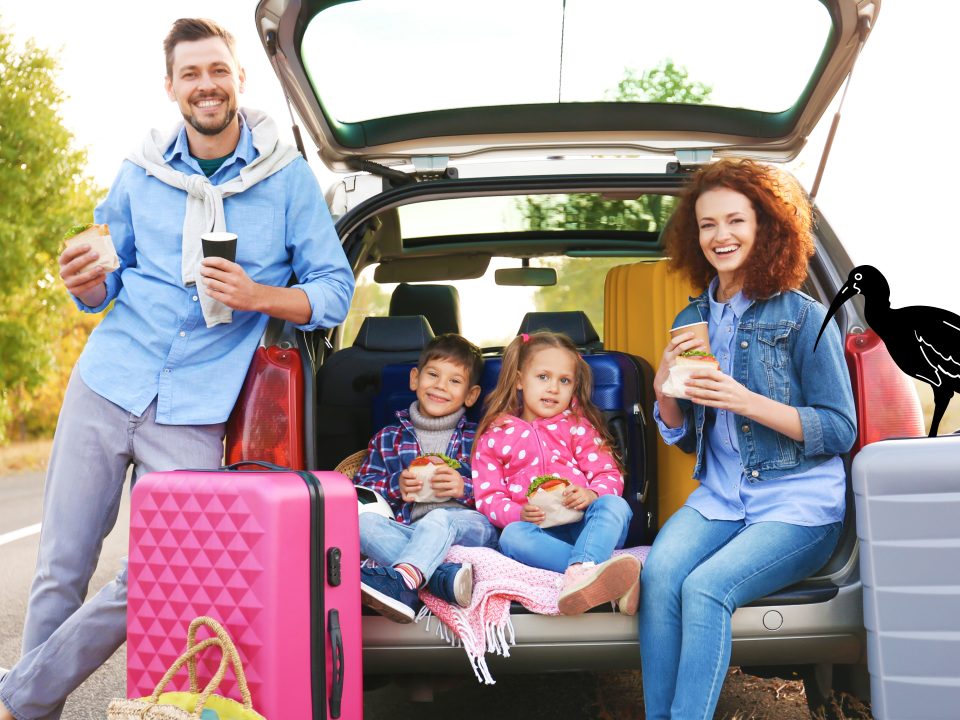 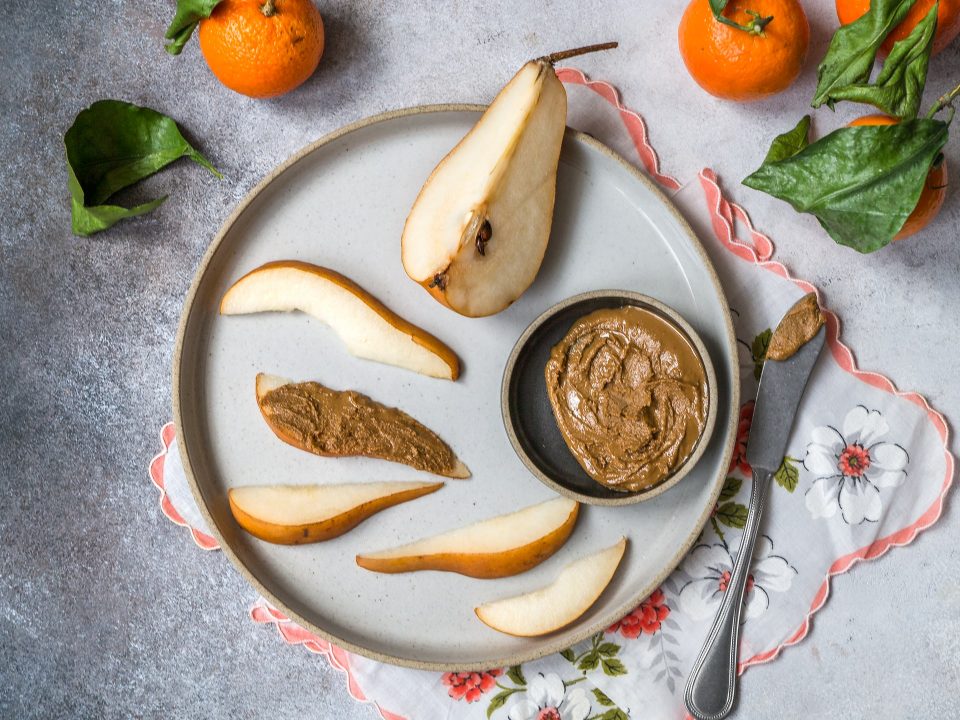 7 Back to School Breakfast & Lunch Ideas for Every Kind of School Day!

Your cart is currently empty.